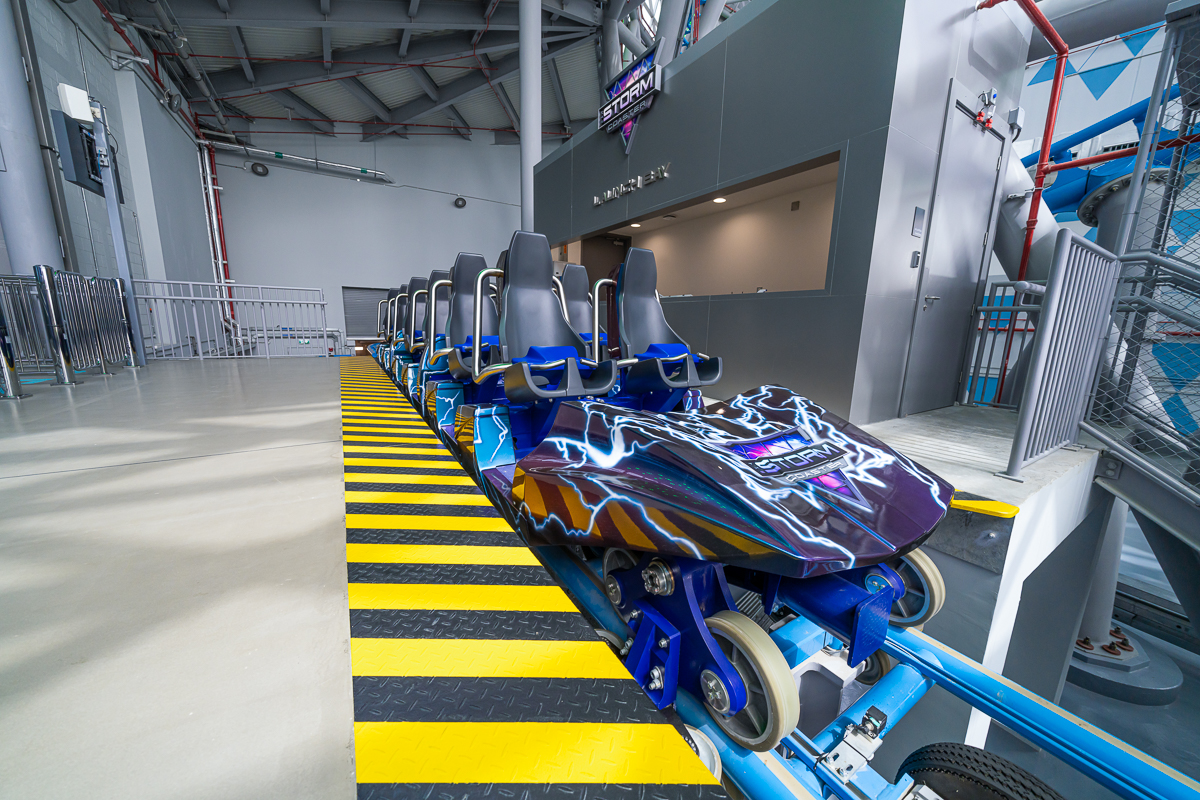 The storm coaster – or how I like to call it: ‘Trim brakes the ride’ is one of the latest additions to the UAE roller coaster lineup.

This worlds first roller coaster integrates directly into the building’s structure it is located in, making for unique looks from the inside as well as the outside.

The probably most unique aspect of the Storm coaster is the 50-Meter vertical LSM launch with which the ride is kicked-off.

But enough of the things we already know. How does it ride?

Initial reaction to the storm coaster

Over the course of about 2 weeks, I was able to get 10 rides out of the Storm coaster. After my first day of riding, I was quite disappointed – to why I will get in just a moment. However, after continuing riding the storm coaster, my feelings about it changed a lot. The coaster went from “Disappointment won’t recommend” to “This is a piece of art, and you should definitely ride it!”

Let’s first investigate my initial reaction to the coaster.
As someone who has ridden a few coasters, in their life, I had the privilege to be able to compare the storm coaster with other rides.

As someone who recently rode Kondaa from INTAMIN or The Ride to Happiness from MACK. My body was graving those insane G-Forces those thrill focused rides offer. And as I was not experiencing any such forces on the Storm Coaster, my premature verdict was quite disappointing.

To understand why this coaster seams not to offer any extreme forces despite its unique and rather compact layout, it will help to talk about the layout itself.

The ride is started by the train leaving the station and rolling into a small first drop, which is also turning 90° to the side. At the bottom of this first valley, the INTAMIN LSM Drive system will kick in and transport you all the way to the top of the vertical ascent. The launch does not have a very powerful acceleration, don’t expect a Taron launch, however, due to the unique vertical LSM launch, it does not need much to make for a thrilling moment.

Still following the outline of the building, the train will then decent again and unbank before going into a wave turn which is just under the vertical Launch’s top. This wave turn gives a nice little pop of ~0.0G, following another left turning valley just below the first valley after the launch.

While the track above you is going into the outwards banked turn, the track now also starts to bank outside however it will continue so until the train is upside-down for its first dive loop, and this all while still maintaining the left hand curvature.  This by the way makes for my MOST FAVORITE dive loop entrance I have ever ridden.

The dive loop, however, is not a regular dive loop. no, no.

The dive loop has trim blades, going almost all the way up its “loop” portion. Which makes for a rather weird rider experience. As my mind was telling me that the train will now speed up from experience, the opposite happened and the train got slowed down noticeably before being released from the dive loop into the first right-hand turn in the layout.

Following the dive loop are 3 ascending right-hand turns, between which the train unbanks and banks multiple times.

Force wise this section is very unremarkable, you are basically just riding up hill and the train banks a little. I could imagine that this section might have been more fun if the train ran through it full speed. At the top of those 3 right-hand turns that turn a total of about 280° to the right from the dive loops exit is a short straight track piece which feels like a midway brake run but due to the lack of block brakes isn’t one.

Followed this straight track piece is an about 90° drop, which probably would pull insane ejector airtime if the straight track as well as upper part of the drop wasn’t used to place some more trim brakes to slow the train down to a speed in which the 90° feels like it’s not pulling more than 0.3G

Followed this steep right hand curved drop are two more right-hand curves between the train again banks and unbanks before leading up into the second dive loop of the layout.

This dive loop is entered with quite a low speed, so you get a good 1-2 second of fun hang time before the actual dive. And once again instead of speeding up for a fast finale of the ride, the dive loop was once again used to place some more trim fins to slow the train down even more.

Followed the exit of the second dive loop are two more 90° left turning turns, which are traversed in a moderate speed before hitting the final brake run.

On the final brake run, the train will come to a full stop, and you will be told over speakers that the mission was a success (reference to the pre-show),

Those few seconds give you a wonderful view of the roller coaster inside the building before continuing your journey through the last 90° left turn before reaching the station. Where all crew members will be aplodding you, no matter how many times you are the only one in the train riding the coaster.

So over all a unique layout with a very strong first half followed by a lot of trim brakes.

The color of these photos were altered and do not represent the light pack of the storm coaster.

How do I feel about the coaster now?

Understandably, my initial impression of the roller coaster was “trimmed to death”. But this is from the perspective of a thrill seeking roller coaster enthusiast, who was fortunate enough to experience some of the most extreme roller coasters in existence.

Its main audience won’t be me or even you reading this right now. Instead, it will be shoppers who are looking for a nice side activity while spending their day shopping.

Therefore, I can truly understand the reasoning why this roller coaster that would have potential to be an extreme ride was designed in a way that everyone can ride and enjoy it.

It’s not for enthusiasts, why do I like it then?

While the first rides truly were disappointing as I went into it with the wrong expectation, once I accepted this ride not to be extreme I started to appreciate the rides’ uniqueness. Especially during night.

Call me crazy, but during the night with warm trains, the storm coaster feels like a complete different ride. The already unique visuals of the coaster combined with the light pack of the building just makes for a very enjoyable and especially re-ridable experience.

Even though I already got 10 rides on this wonderful roller coaster, the vertical launch ascent gets me every time and makes for some of the most memorable rides (visually speaking) I ever went to.

So If you are in the area, no matter if you are visiting another park or just doing sightseeing in Dubai. I recommend visiting Dubai Hills Mall and give the Storm coaster at least one ride in the front row. It will be one of the most unique roller coasters you ever went on. Even though it might not be the most extreme.

Photos of The Storm Coaster 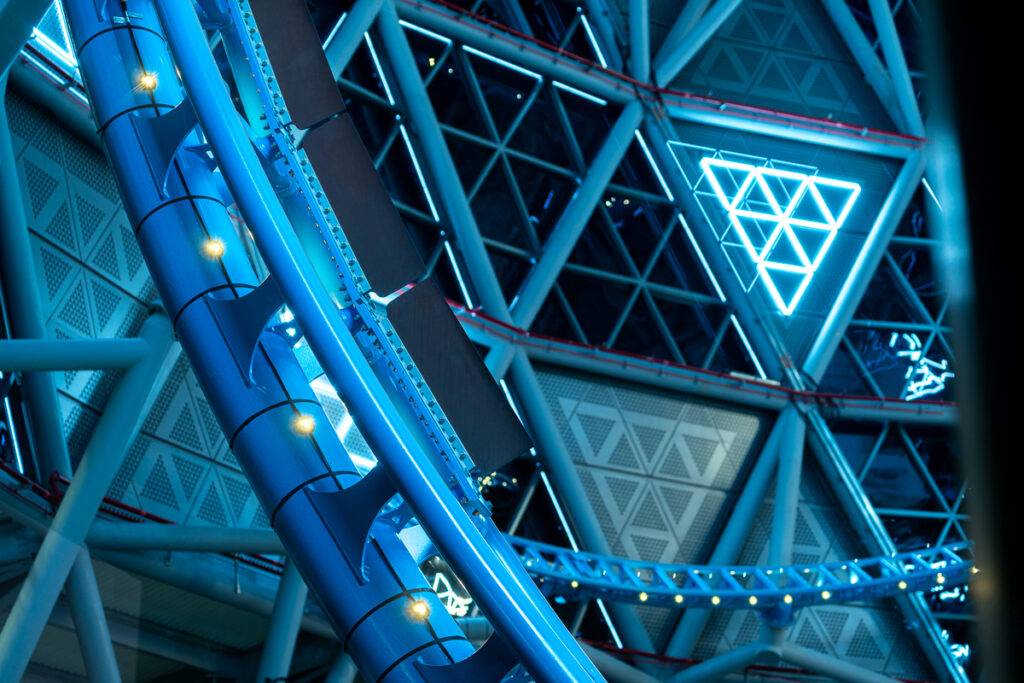 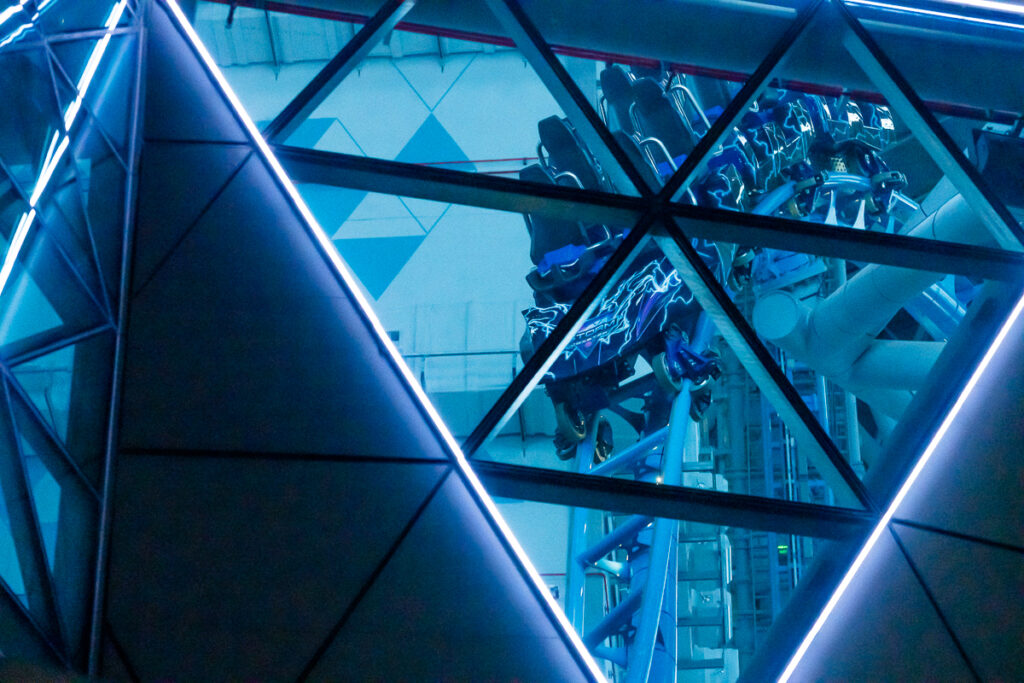 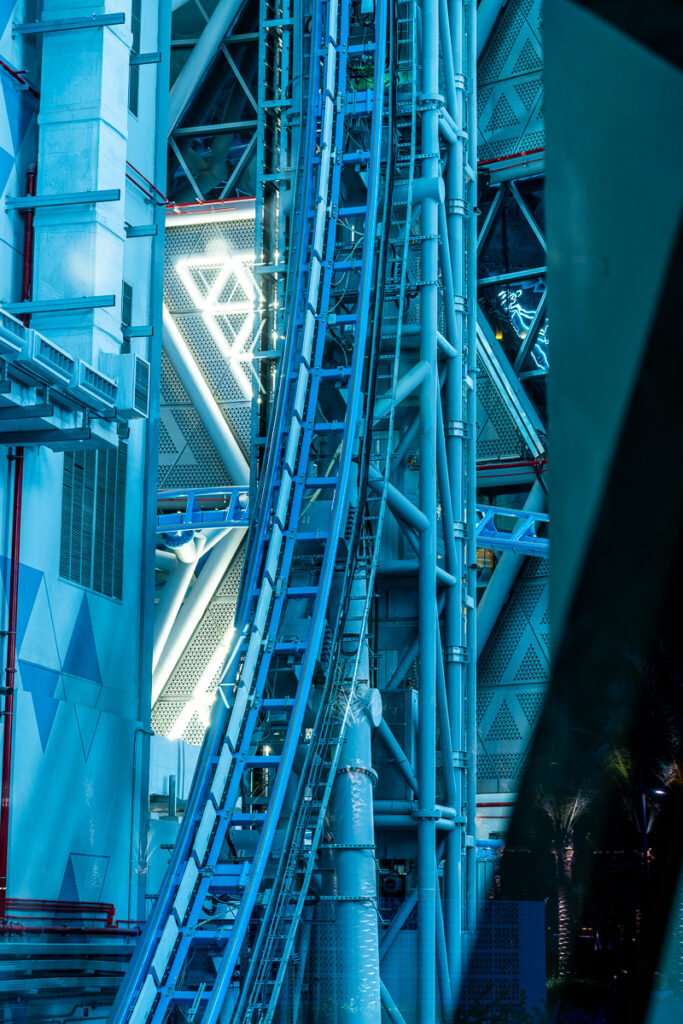 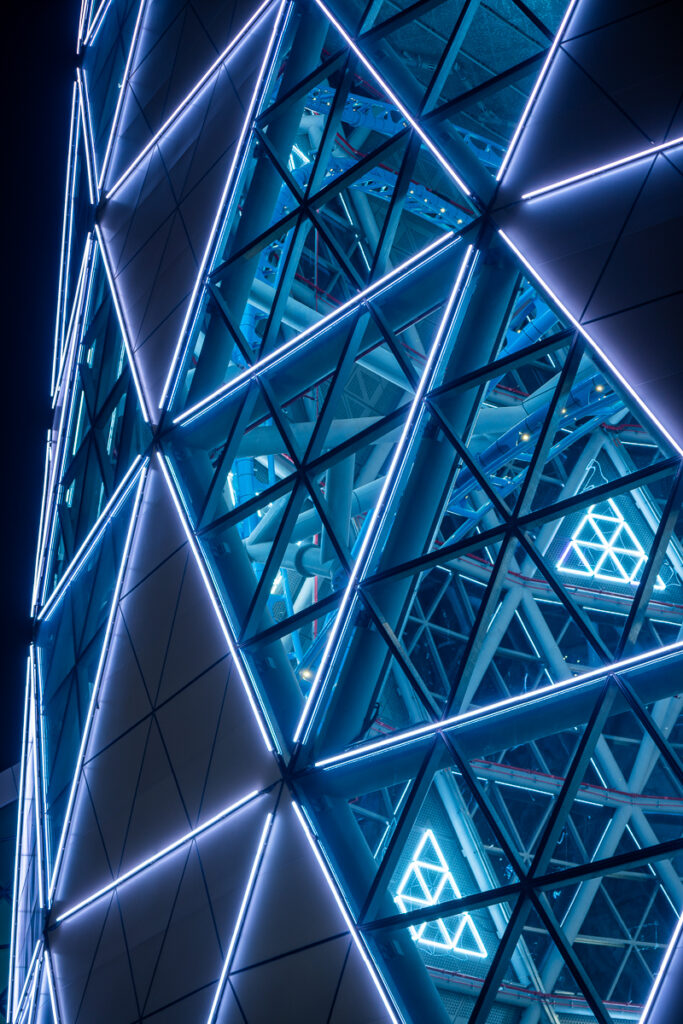 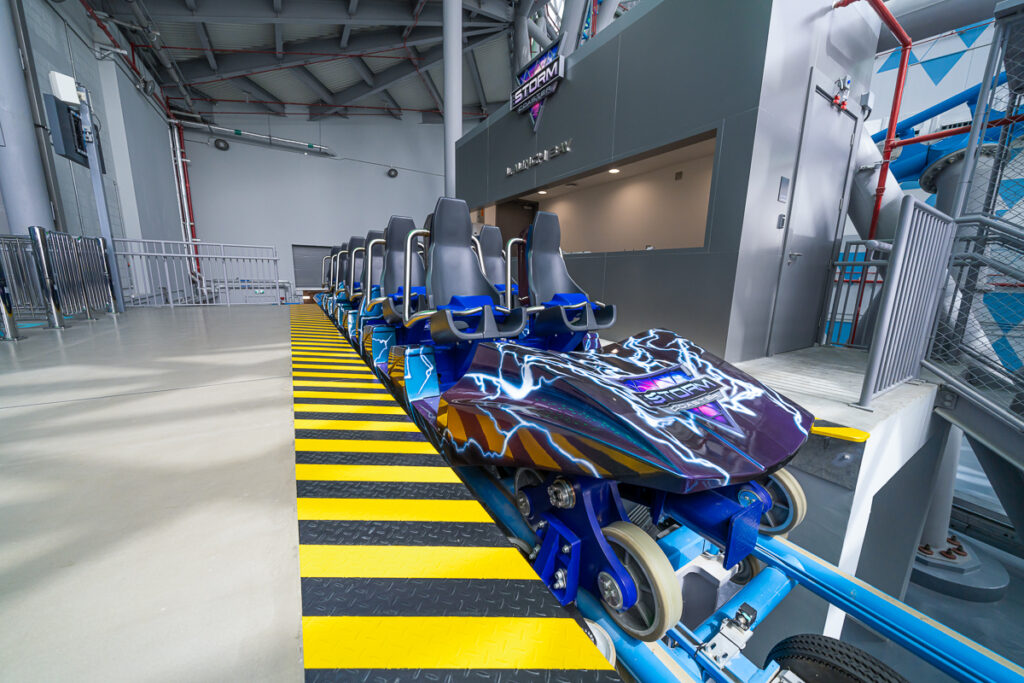 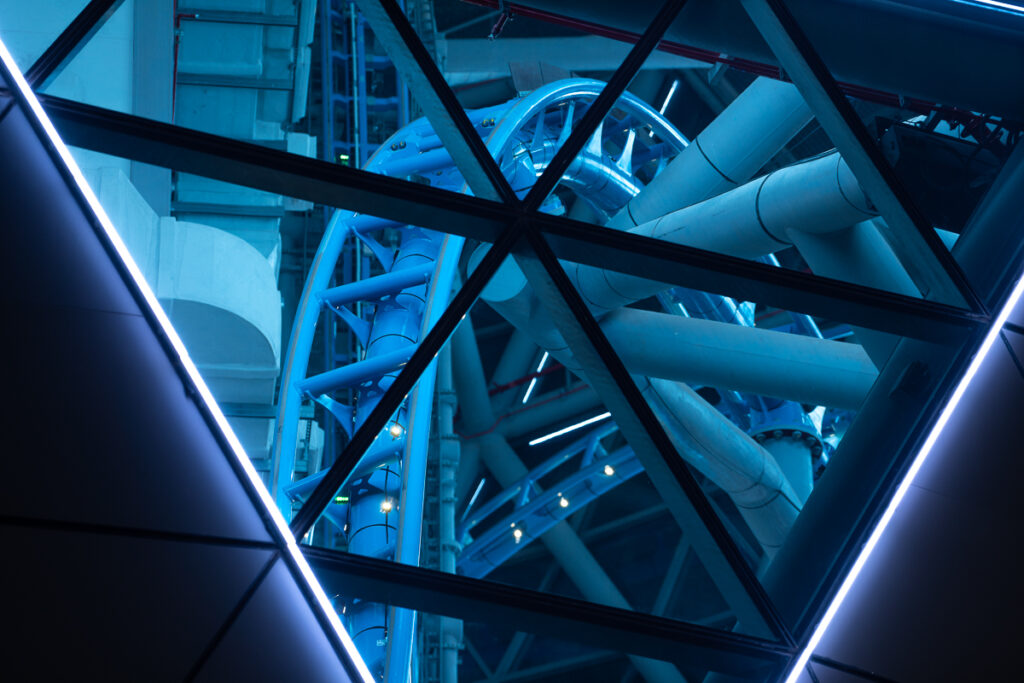 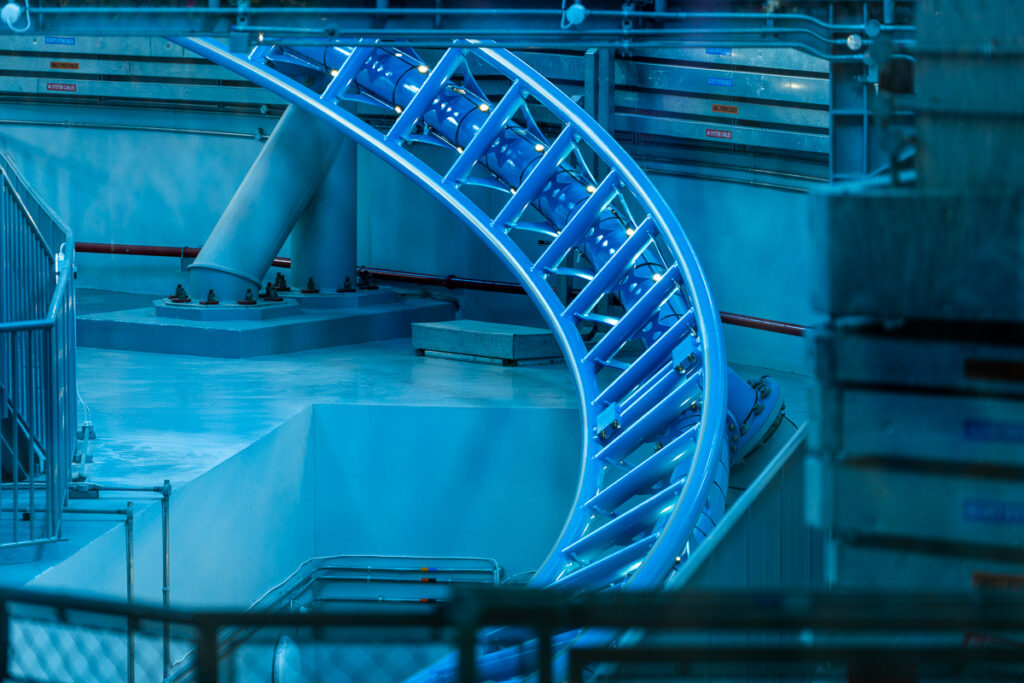 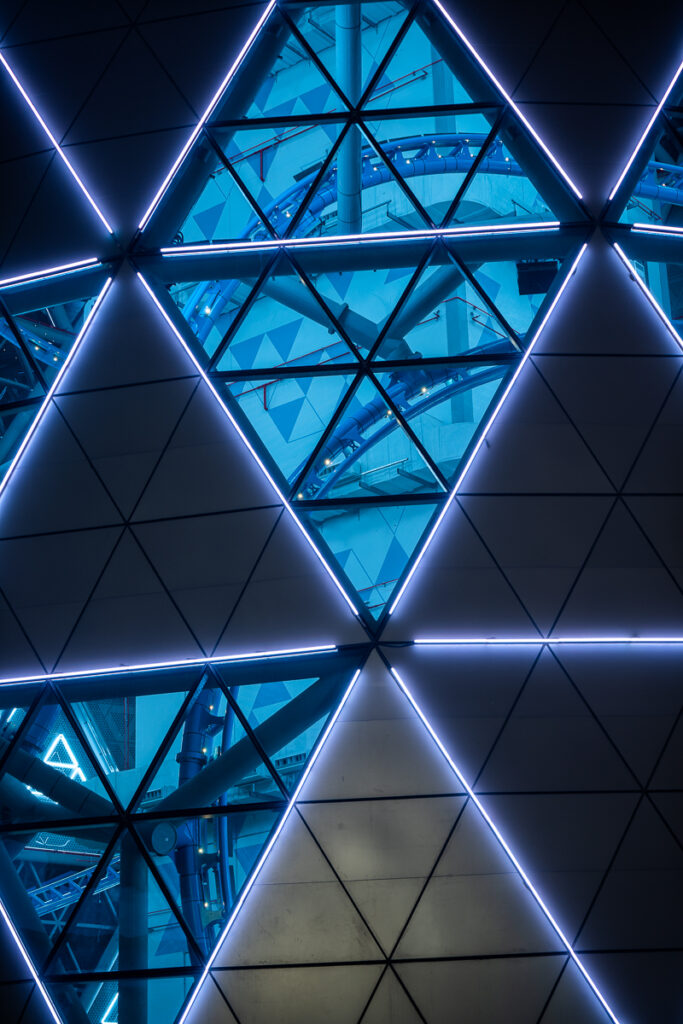 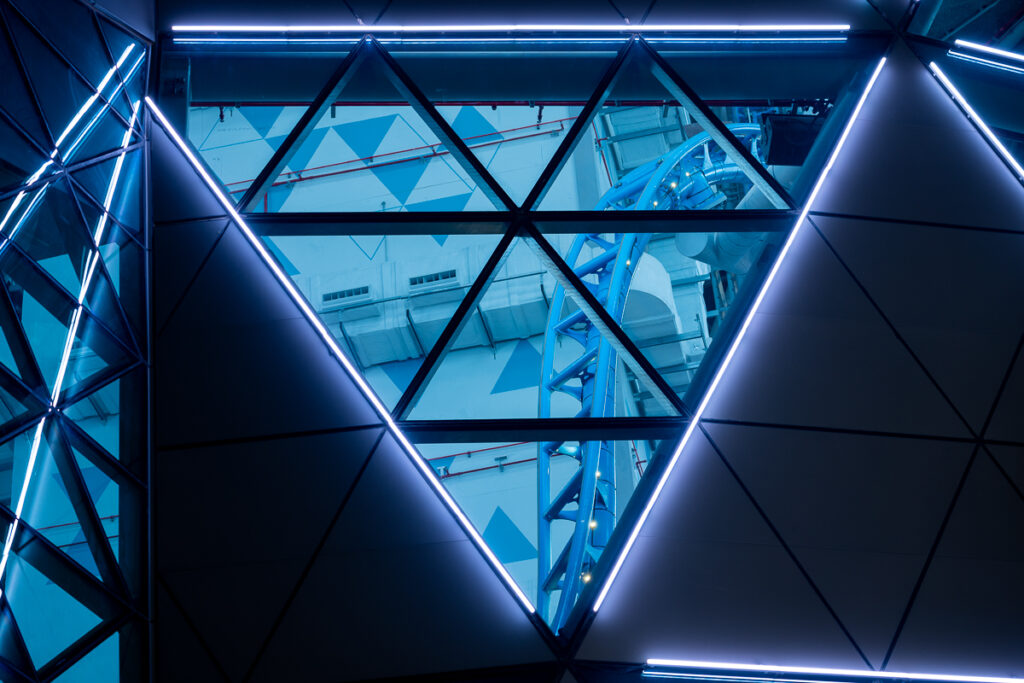