How I ended up in an exclusive plane spotting tour. 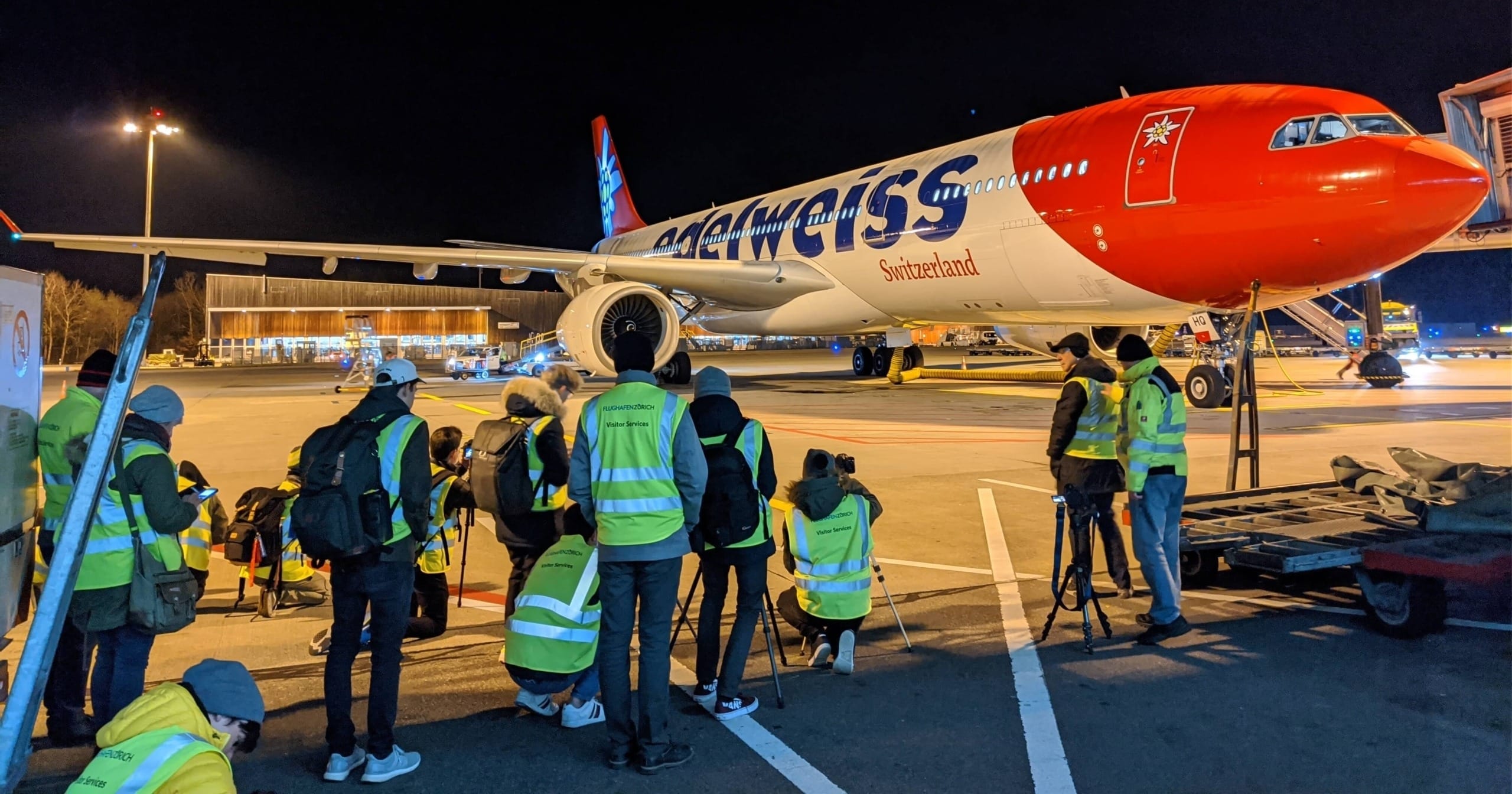 It was the 30th. November when I got my hands on the new Sony FE 200–600 mm F5.6–6.3 G OSS lens. This lens has an absurd high focal length of up to 600 mm which is just crazy. Those lenses are made for Sports, wildlife or simply bird photography. Because I’m neither into sports, nor wildlife I decided to go and take some pictures of birds. Well because it was November I opted for a very special kind of birds, also known as airplanes.

So I drove to my next airport (ZRH) went onto the visitors terrace. The only gear I brought with me was my camera (Sony A7III) we well as two zooms (FE 70-200 G & FE 200-600 G) I took some photos of planes taking off and landing and soon was blown away by the huge 600 mm Focal length. After two hours at around 4pm it started to get darker, and since the FE 200-600 isn’t that fast (fastest is F5.6) I decided to get one last photo of a plane just taking off.

As I started to pack my bag a woman asked me:
“Sorry are you here for the spotting tour tonight as well?
I’m from the newspaper writing an article about it.”
I told her I’m not but the terrace would be closing soon anyways.
“I know, it’s an exclusive tour around the Runway.”
With that said my interest was sparked.
Me: “Oh that’s interesting, do you know if they still take any registrations?”
Her: “I don’t know, but I am about to meet the organizer, you should ask him.”

And just a few minutes later and some back and forth with the organizer I was in!

Only Problem: tonight theme was night-time photography.
So there was I on an exclusive plane-spotting tour very close to airplanes in the dark with only two, rather slow telephoto lenses and not a single wide angle. Not to mention I also didn’t take a tripod with me. In other words longtime exposure was not an option. In other words. I just did not have the tools for the job. Well crap!

So what do I do when I sit there on an airport only meters away from airplanes in the dark of the night? Right! I check if Google’s clams to have the best night-mode (night Sight) on a smartphone are true! While everyone was taking out their tripods and setting up their lovely wide angle lenses I just walked up to the planes took my Smartphone (Pixel4) and took a snapshot. Everything of course with supervision and in conjunction with the security guidelines.

Even tho I got some wired looks from other participant when I took photos with my phone I have to admit that those pictures turned out way better than everything I could have done this night with the gear I brought.

All pictures below were shot on a Google Pixel XL 4. Everything was done in-camera and no POST processing was applyed.